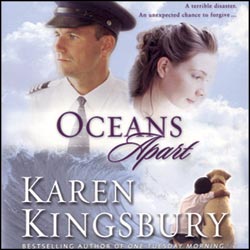 Airline Captain Connor Evans has nearly forgotten that stormy weekend in Hawaii nearly ten years ago when he broke the greatest promise of all. Now Connor has the perfect life with his wife, Michele, and their two daughters, and the secret of that long-ago time is his own. But an ocean away, a flight attendant is raising her young son by herself when the plane she’s working on crashes into the Pacific. Her will is very clear about one thing: before her seven-year-old son, Max, can be turned over to the state, he must spend the summer with the father he’s never met, the father who doesn’t know he exists, Connor Evans.

The news rocks Captain Evans’ life, and in the process he is presented with a choice: refuse the child and never hear from him again, or take him for two weeks and decide whether to claim the boy as his own. Now the family is on the brink of destruction. Can Michele and their daughters ever forgive Connor for what went wrong all those years ago? Or will the presence of one lonely child destroy everything?

My Comments:
Very well written book and one of the most thoughtful I have ever read.Â  All the characters come alive and the unfolding of the story is so real.Â  Karen Kingsbury is a genius.Â  A must read by any married couple, especially if you haveÂ had monogomous Â challenges.

Grab it now at Amazon Â