Putting an Antebellum Myth to Rest 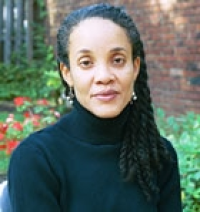 Was slavery an idyllic world of stable families headed by married parents? The recent controversy over â€œThe Marriage Vow,â€ a document endorsed by the Republican presidential candidates Michele Bachmann and Rick Santorum, might seem like just another example of how racial politics and historical ignorance are perennial features of the election cycle.

The vow, which included the assertion that â€œa child born into slavery in 1860 was more likely to be raised by his mother and father in a two-parent household than was an African-American baby born after the election of the USAâ€™s first African-American President,â€ was amended after the outrage it stirred.Â Â Â

My Comments:
Princeton University has a warm spot in my heart.Â  It is one of the most progressive institution on the history of African Americans.Â  It boasts some of the foremost minds of the day on the topic, chief among them, a mentor of min – Dr. Cornel West.Â  Harvard is ok, but I think Princeton is first rate.Â  Regarding this piece, it is slightly long, but I think this is a great read. It shows how misinformed and self-serving some folks are when it comes to our history.Â  Really recommend you slog through it…it’s not that bad.