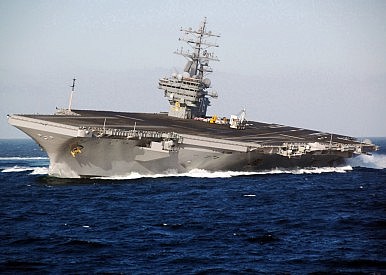 As Trump promises a 350-ship fleet, a primer on the U.S. Navy today.

During his campaign, President-elect Donald Trump promised to increase the size of the U.S. Navy to 350 ships. Since the election, senior campaign advisors Alexander Gray and Peter Navarro have laid out what they say his Asia-Pacific strategy will be, a cornerstone of which is the 350-ship fleet.

My Comments: Really good article on the topic.  Not sure how Russia, as an adversary, will figure into this.  They have the most capable military next to the U.S, but who will it be directed to if Putin is a friend?…the Chinese?