Why the United States Should Look to Japan for Better Schools

The United States will become a second-rate economic power unless it can match the educational performance of its rivals abroad and get more of its students to achieve at the highest levels in math, science and literacy. Virtually every politician, business leader and educator understands this, yet the country has no national plan for reaching the goal. To make matters worse, Americans have remained openly hostile to the idea of importing strategies from the countries that are beating the pants off us in the educational arena.

The No Child Left Behind Act, passed four years ago, was supposed to put this problem on the national agenda. Instead, the country has gotten bogged down in a squabble about a part of the law that requires annual testing in the early grades to ensure that the states are closing the achievement gap. The testing debate heated up last month when national math and reading scores showed dismal performance across the board.

Lurking behind these test scores, however, are two profoundly important and closely intertwined topics that the United States has yet to even approach: how teachers are trained and how they teach what they teach. These issues get a great deal of attention in high-performing systems abroad – especially in Japan, which stands light years ahead of us in international comparisons.

Americans tend to roll their eyes when researchers raise the Japanese comparison. The most common response is that Japanese culture is “nothing like ours.” Nevertheless, the Japanese system has features that could be fruitfully imitated here, as the education reformers James Stigler and James Hiebert pointed out in their book “The Teaching Gap,” published in 1999.

The book has spawned growing interest in the Japanese teacher-development strategy in which teachers work cooperatively and intensively to improve their methods. This process, known as “lesson study,” allows teachers to revise and refine lessons that are then shared with others, sometimes through video and sometimes at conventions. In addition to helping novices, this system builds a publicly accessible body of knowledge about what works in the classroom.

The lesson-study groups focus on refining methods that improve student understanding. In doing so, the groups go step by step, laying out successful strategies for teaching specific lessons. This reflects the Japanese view that successful teaching is the product of intensive teacher development and self-scrutiny. In America, by contrast, novice teachers are often presumed competent on Day One. They have few opportunities in their careers to watch successful colleagues in action. We also tend to believe that educational change would happen overnight – if only we could find the right formula. This often leaves us prey to fads that put schools on the wrong track.

There are two other things that set this country apart from its high-performing peers abroad. One is the American sense that teaching is a skill that people come by naturally. We also have a curriculum that varies widely by region. The countries that are leaving us behind in math and science decide at the national level what students should learn and when. The schools are typically overseen by ministries of education that spend a great deal of time on what might be called educational quality control.

The United States, by contrast, has 50 different sets of standards for 50 different states – and within states, the quality of education depends largely on the neighborhood where the student lives. No Child Left Behind was meant to cure this problem by penalizing states that failed to improve student performance, as measured by annual tests.

The states have gotten around the new law by setting state standards as low as possible and making state tests easy. This strategy was exposed as fraudulent just last month, when states that had performed so well on their own exams performed dismally on the alternative and more rigorous test known as the National Assessment of Educational Progress.

No Child Left Behind was based on the premise that embarrassing test scores and government sanctions would simply force schools to improve educational outcomes for all students. What has become clear, however, is that school systems and colleges of education have no idea how to generate changes in teaching that would allow students to learn more effectively. Indeed, state systems that have typically filled teaching positions by grabbing any warm body they could find are only just beginning to think about the issue at all.

Faced with lagging test scores and pressure from the federal government, some school officials have embraced the dangerous but all-too-common view that millions of children are incapable of high-level learning. This would be seen as heresy in Japan. But it is fundamental to the American system, which was designed in the 19th century to provide rigorous education for only about a fifth of the students, while channeling the rest into farm and factory jobs that no longer exist.

The United States will need a radically different mind set to catch up with high-performing competitors. For starters we will need to focus as never before on the process through which teachers are taught to teach. We will also need to drop the arrogance and xenophobia that have blinded us to successful models developed abroad.

My thoughts: Pretty lousy approach to education we have. All things lead by to racism in my mind….sorry. 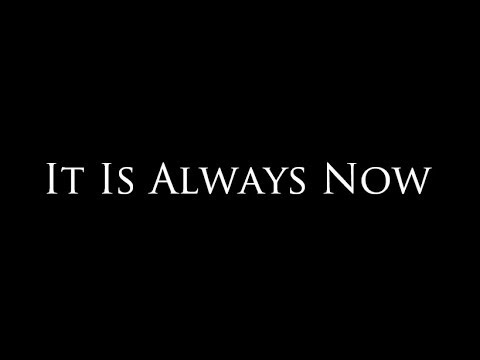