Title: One Second After 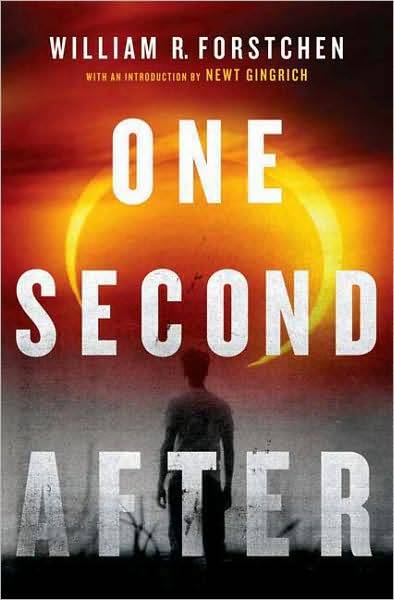 In a small North Carolina town, one man struggles to save his family after America loses a war that will send it back to the Dark Ages.

Already cited on the floor of Congress and discussed in the corridors of the Pentagon as a book all Americans should read,Â One Second AfterÂ is the story of a war scenario that could become all too terrifyingly real. Based upon a real weapon – the Electro Magnetic Pulse (EMP) – which may already be in the hands of our enemies, it is a truly realistic look at the awesome power of a weapon that can destroy the entire United States, literally within one second.

This book, set in a typical American town, is a dire warning of what might be our future and our end.

At first I thought that this was going to be a long read, but it turned out quite good. Â I am not a big fiction reader per se, but this really give you something to think about. Â The fact that it is also possibly, although not likely, add to the mystique of it. Â  Really enjoyed it. I recommend it.