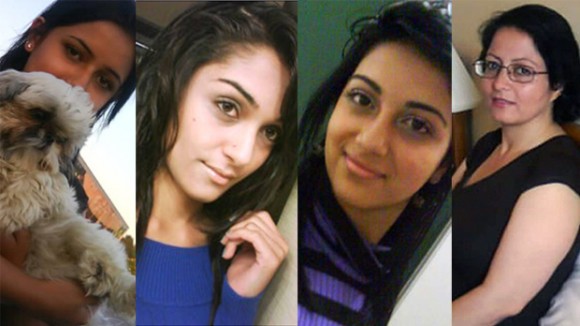 On June 30, 2009, the bodies of three teenaged girls and a 50-year-old woman were found in a car submerged in the Kingston Mill Locks.

The girls, who were born in Afghanistan and moved to Montreal in 2007, were returning home from a family road trip to Niagara Falls.

The deaths were initially considered an accident. An autopsy determined their cause of death to be drowning.

In this day and age, what culture would give a man the authority to kill his wife and 3 daughters. Â  WhatÂ egotistical, self-centered, Bull-Sh…. is this? Â Four beautiful women taken out because of some prideful @$$. Â One can only hope that he will get what’s coming to him. Â Totally wicked and senseless…senseless!