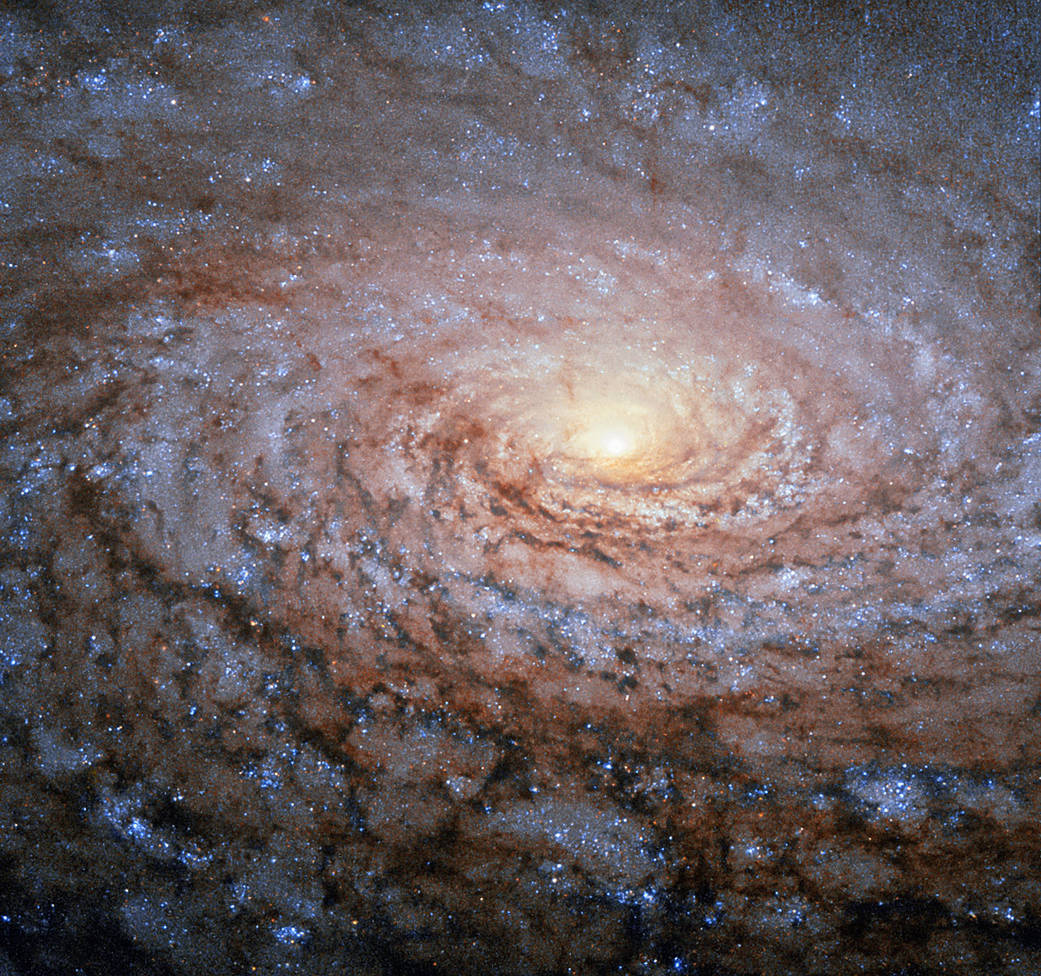 The arrangement of the spiral arms in the galaxy Messier 63, seen here in an image from the NASA/ESA Hubble Space Telescope, recall the pattern at the center of a sunflower.

Discovered by Pierre Mechain in 1779, the galaxy later made it as the 63rd entry into fellow French astronomer Charles Messier’s famous catalogue, published in 1781. The two astronomers spotted the Sunflower Galaxy’s glow in the small, northern constellation Canes Venatici (the Hunting Dogs). We now know this galaxy is about 27 million light-years away and belongs to the M51 Group — a group of galaxies, named after its brightest member, Messier 51, another spiral-shaped galaxy dubbed the Whirlpool Galaxy.