Home » Military-Political, what the...?

How the U.S. and the world can help Iraq 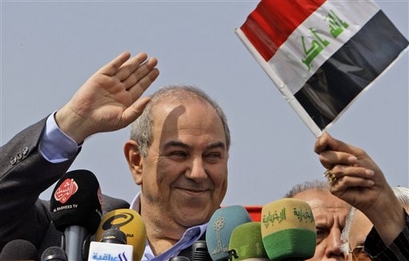 As the Arab Spring drives change across our region, bringing the hope of democracy and reform to millions of Arabs, less attention is being paid to the plight of Iraq and its people. We were the first to transition from dictatorship to democracy, but the outcome in Iraq remains uncertain. Our transition could be a positive agent for progress, and against the forces of extremism, or a dangerous precedent that bodes ill for the region and the international community.

Debate rages in Baghdad and Washington around conditions for a U.S. troop extension beyond the end of this year. While such an extension may be necessary, that alone will not address the fundamental problems festering in Iraq.

My Comments:
A pretty illuminating article from one time Iraqui Prime Minister Ayad Allawi.Â  It raisesÂ several troubling points.Â  It is really disconcertingÂ what is still going on in Iraq.Â  I am of the mindset that the ills of the entireÂ region of SW AsiaÂ and theÂ broader middle east is beyond repair…whatever repair means.