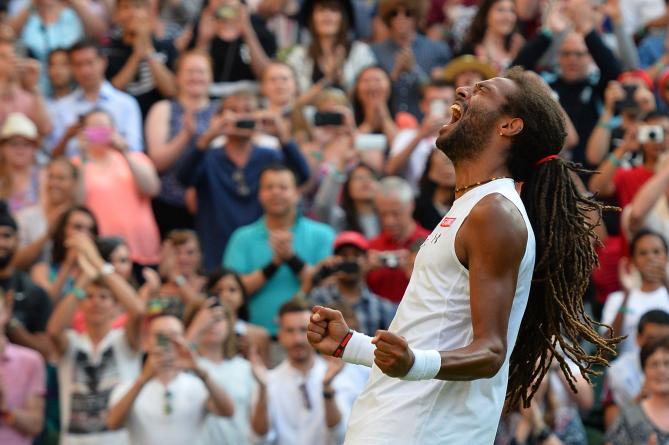 Trained in Jamaica, ranked 102nd in the world, Brown pulled off a major upset of the two-time champion Nadal.

He was trained in his father’s home country of Jamaica, but now plays for his mother’s native Germany, according to The Independent. Today, Dustin Brown, ranked 102nd in the world, is celebrating a stunner in the tennis world, knocking out two-time Wimbledon champ Rafael Nadal in four sets: 7-5, 3-6, 6-4, 6-4. It’s the first time in years that Nadal has been sent home in the first week of the tournament.

My Comments: Awesome Sauce!  Dustin playing pretty inspired tennis and getting it done against Raffie on match day 4 at Wimbledon .