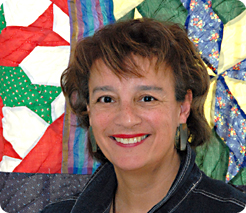 One of the most noteworthy movies of the summer is â€œThe Help.â€ Set in Jackson, Miss., in the early 1960s, it focuses on the relationships between white upper-middle-class women and the black domestics who took care of them and their children. Although many reviews of the film were quite positive, numerous critics, including some African-American commentators, have lashed out against it, arguing that the film does not deserve the accolades it has received.

Cultures function and persist by consensus. In Jackson and other bastions of the Jim Crow South, the pervasive notion, among poor whites and rich, that blacks were unworthy of full citizenship was as unquestioned as the sanctity of church on Sunday. â€œThe Helpâ€ tells a compelling and gripping story, but it fails to tell that one.

My Comments:
This is an awesome piece by Prof. of African American studies, Patricia Turner, a vice provost at University of California, Davis.

I have not seen “The Help” but I do intend to.Â  I have a somewhat unique perspective on race and racism that I hope to write about in the near future asÂ  time allows.Â  I do agree with Prof Turners insights, they are close to mine.