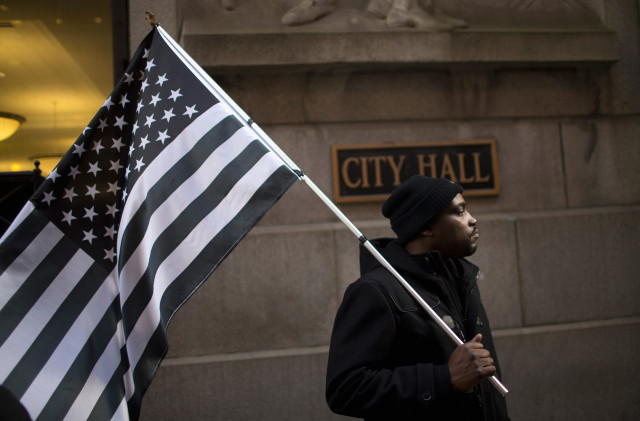 Jimmie Williams joins demonstrators in a protest outside of City Hall calling on Mayor Rahm Emanuel to resign on December 11, 2015 in Chicago, Illinois. A recently released video of the shooting of Laquan McDonald by Chicago Police officer Jason Van Dyke has sparked protests and calls for Mayor Rahm Emanuel and Cook County State’s Attorney Anita Alvarez to resign for allegedly trying to cover up the circumstances surrounding the shooting.SCOTT OLSON/GETTY IMAGES

I was a grad student at the UCLA film school, getting my MFA in screenwriting, when a consumer-trends company asked me to work for them. Why did they want me? Well, they advised major corporations on how to best situate their products for the African-American consumer market, and in order to do that effectively, the company needed people who understood African-American values and behavior and could turn those factors into macro trends. In essence, my job was to predict the things black people did today to hint at future behavior and, from that info, identify the strategies companies should use to reach black people.

My Comments: Well written – captures the sentiments of the majority of black folks.  We’ve got to start tending our own gardens – there is no sustenance in hope, no love in fear and the hot rage and meanness of racism knows no bounds. We are way too beautiful for this shit!