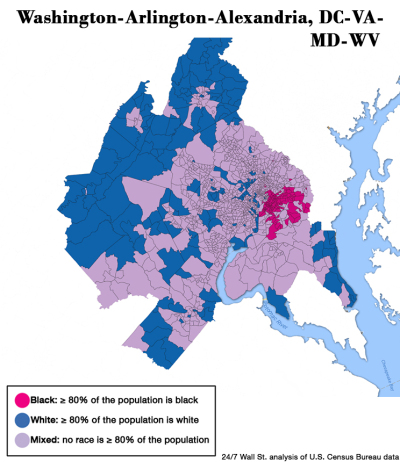 Next year will mark the 50-year anniversary of the Civil Rights Act of 1968, also known as the Fair Housing Act.

Our nation’s capital and, for many people, the physical representation of unity and freedom in the United States, Washington D.C. is also one of the most segregated cities in the United States. About one-quarter of the population is black, a relatively large share compared to both

Source: 16 Most Segregated Cities in America

My Comments:
A really eye opening piece of the legacy of racism in our beloved country.