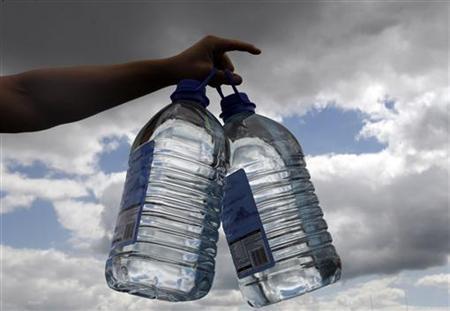 Swapping your soda for water — or at least diet soda — really can help you shed a few pounds, a new clinical trial finds.

A common piece of advice in the battle of the bulge is to replace sugar-sweetened drinks with water or other calorie-free thirst quenchers.

But while that advice is logical, there hasn’t been research to show whether changing your drinking habits alone actually works.

So for the new study, researchers randomly assigned 318 overweight adults to one of three groups: one that replaced sugary drinks with water; one that substituted with diet beverages; and one that was given weight-loss advice and could make diet changes of their choice.

After six months, all three groups lost four or five pounds, on average.

But the two groups that cut sugary drinks were more likely to shed at least five percent of their starting weight: 20 percent did, versus 11 percent of the comparison group.

My Comments:
This absolutely works. Â If you cut out sugary drinks and drink water or even use sugar substitutes such as Splenda is a big positive. Â It absolutely helps in losing weight and keep it off.