Title: The Evolution of God 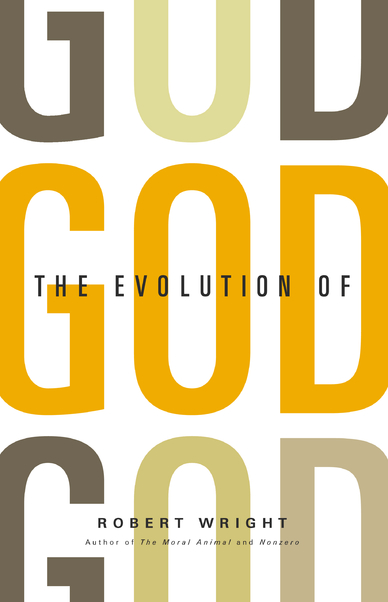 Title: The Evolution of God by Robert Wright

Summary:
In this sweeping narrative, which takes us from the Stone Age to the Information Age, Robert Wright unveils an astonishing discovery: there is a hidden pattern that the great monotheistic faiths have followed as they have evolved. Through the prisms of archeology, theology, and evolutionary psychology, Wright’s findings overturn basic assumptions about Judaism, Christianity, and Islam, and are sure to cause controversy.

He explains why spirituality has a role today and why science, contrary to conventional wisdom, affirms the validity of the religious quest. And this previously unrecognized evolutionary logic points not toward continued religious extremism but to future harmony. Nearly a decade in the making,Â The Evolution of GodÂ is a breathtaking reexamination of the past and a visionary look forward.

My Comments
At first blush, this could be a big turnoff for the believer, but I would caution against it. Â Now, lest I lead you a stray, the topic is not too far from what is to be expected. Â It does deal with Â possible explanation of the God-idea, but it is not definitive in any respect. Â So if you believe, this will probably not change your mind, it will or may give you a slight pause and some other things to thing about on your spiritual journey. Â I for one found the book very much engaging, well written and very much accessible. Â I really loved the attention to details, no slight facts were overlook and one got the sense that the author was being careful in not being patronizing. Â I very much recommend this to believer and non-believers alike.