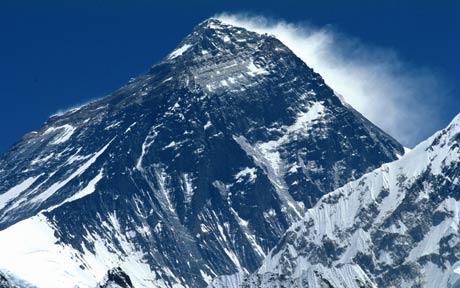 Pretty roughish workout today.  Coming down with a cold, feels a bit nauseous, but since I can’t miss a day off during the challenge I had to push through.  Specifics: Did all my calisthenics movements upfront, as usual.  Did most single rep of 40s, but broke up a few into 2x20s. I will probably break them out in the future, as to which ones were 20s and which were 40s but don’t feel up to it right now.  I then moved to the treadmill and started at 4.0 @ 8.0° incline and changed every 5 mins  by 1°  up to 13°.   I felt really crappy to the end, but I pushed through.  The music today was a split between RockMyRun for calisthenics and Workout Madness for the climb.  Might try that a gain, it seemed to be a quite motivating.  On Everest:  Based on my virtual climb, I am now in Yak and snow leopard territory (Yaks thrive at altitude and can climb as high as 20,000 feet, and plenty are still used on Everest as pack animals. Snow leopards will roam as high as 18,000 feet.  The air is getting even thinner up here.  That’s it for today… Good livin’…just keep on movin’.