Our Allies in Iran

WHEN Iran’s new president, Mahmoud Ahmadinejad, called last week for Israel to be “wiped off the map,” he raised fears not only abroad but also at home, particularly among Iran’s sizeable, democratically minded middle class. The new president’s confrontational tone threatens to deepen the isolation of Iran’s democrats, pushing them further behind his long shadow. Western powers have a dual challenge: to find a way to engage this population even as they struggle to address the new president’s inflammatory rhetoric.

Skip to next paragraph 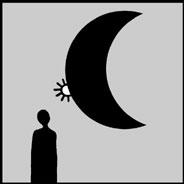 But democratic aspirations should not be written off as a passing fad that died with the failure of the reform movement and the replacement of a reformist president, Mohammad Khatami, with a hard-liner, Mr. Ahmadinejad. The historic roots of reform run deep in Iran, and support for democratic change remains widespread.

Iran’s modern middle class, which is increasingly urbanized, wired and globally connected, provides particularly fertile soil for these aspirations. The Stanford University scholar Abbas Milani has described Iran’s middle class as a “Trojan horse within the Islamic republic, supporting liberal values, democratic tolerance and civic responsibility.” And so long as that class grows, so too will the pressure for democratic change.

If Mr. Ahmadinejad’s foreign policy results in further global economic isolation or military intervention, however, the situation for Iran’s democracy-minded middle class could deteriorate. Foreign hostility will furnish additional pretexts for the regime to frighten its people and crack down on dissent. Particularly if the European Union decides to participate in a tougher sanctions regime, liberal-minded Iranians will lose contact with the foreign investors, educators, tourists and businessmen who link them to the outside world.

Now more than ever, middle-class and other democracy-minded Iranians need to preserve and expand their network of institutions independent from the government – institutions in which they can take refuge from the rapacious hardliners who seek to control all aspects of Iranian life. That network should include a strong private sector; a rich array of nongovernmental organizations dealing with issues like poverty, women’s rights and youth unemployment; and social, intellectual and cultural associations that communicate with counterparts abroad.

Unfortunately, United States sanctions now prevent any American person or group from financially supporting, say, a microfinance bank, a program to train future political leaders or even an education initiative for rural women in Iran. That is a mis- take. Elsewhere in the Middle East, the United States has programs that provide exactly these kinds of grants, in the name of democratization.

The United States should ease such sanctions in order to match its rhetorical commitment to Iranian democracy with meaningful action. The European Union should also step up its support for democratic activists and its commitment to the protection of human rights in Iran. Meanwhile, development institutions like the World Bank should invest in Iran’s emerging private sector, which is not affiliated with the country’s business mafias or the government-linked foundations that control about a quarter of the country’s wealth.

Critics may protest that bolstering Iran’s economy through such middle-class development will prolong the Islamic regime. But that’s unlikely, if history is any guide. Certainly two decades of economic growth, during which the middle class swelled and political and economic ties to the United States were tight, failed to preserve the regime of Shah Mohammed Reza Pahlavi.

But the authoritarian theocracy that followed was not the aspiration of middle-class Iranian revolutionaries, who lost the post-revolution power struggle to supporters of Ayatollah Ruhollah Khomeini. Ayatollah Khomeini, like Mr. Ahmadinejad, was a master at combining economic populism with religious fervor in appealing to the poor and dispossessed.

Today poverty, not prosperity, again propels Iran toward extremist politics. Mr. Ahmadinejad’s election – however flawed – did not reflect a popular desire for a harder-line foreign policy or for a rush to obtain nuclear weapons. Rather, it emerged from a persistent sense of low-grade economic pain, resentment of the ruling elites’ corruption and frustration with widening income gaps. Most Iranians concern themselves far more with the price of meat and onions than with the Arab-Israeli peace process or uranium enrichment.

In portraying himself as an outsider, a “man of the people” and an anti-corruption crusader with a bag full of economic promises, Mr. Ahmadinejad tapped into these sentiments. His second-round opponent, Akbar Hashemi Rafsanjani, proved to be the perfect foil: a multimillionaire mullah widely derided for his personal corruption and family business ties.

Tellingly, the leading reformist candidate, Mustafa Moin, placed fifth after campaigning almost exclusively on human rights and democratic freedoms. Today many reformists recognize that their movement had lost touch with the economic preoccupations of ordinary people. Stagnant wages, double digit inflation and high unemployment proved more than passingly distracting to Iranians who might otherwise have continued agitating for change.

Before the revolution, American officials often urged the dictatorial shah to share power with the emerging middle class. The shah chose to ignore that advice, and Americans eventually stopped offering it. Now is the time to dust off such thinking and pursue a policy that targets economic support to our natural allies in Iran’s economic center. Only a strong and stable middle class can ensure that Iran’s inevitable winds of change do more than knock down a few trees – or produce another populist demagogue.

Afshin Molavi, a fellow at the New America Foundation, is the author of “The Soul of Iran: A Nation’s Journey to Freedom.”