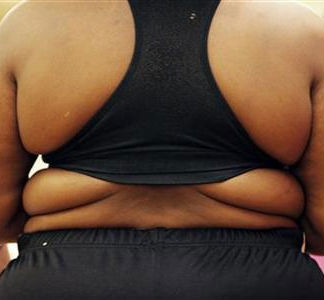 The number of obese U.S. adults rose in 16 states in the last year, helping to push obesity rates in a dozen states above 30 percent, according to a report released on Thursday.

By that measure, Mississippi is the fattest state in the union with an adult obesity rate of 34.4 percent. Colorado is the least obese — with a rate of 19.8 percent — and the only state with an adult obesity rate below 20 percent, according to “F as in Fat,” an annual report from the Trust for America’s Health and the Robert Wood Johnson Foundation.

While the number of states showing significant year-over-year increases in obesity has been slowing, no state chalked up an actual decline. Even Colorado does not win high marks — its score means one in five state residents is at higher risk for conditions like heart disease and diabetes.Â Â Continue…

My Comments:
While I do understand the dynamics of this problem, I don’t get why people would persist in such harmful ways.