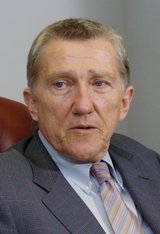 The Navyâ€™s former top civilian has rocked the service in a military journal article by accusing officials of sinking the storied naval air branch into a sea of political correctness.

Former Navy Secretary John Lehman, himself a former carrier-based aviator, wrote that the swagger and daring of yesterdayâ€™s culture has given way to a focus on integrating women and, this year, gays.

Pilots constantly worry about anonymous complaints about salty language, while squadron commanders are awash in bureaucratic requirements for reports and statistics, he added.

â€œThose attributes of naval aviators â€” willingness to take intelligent calculated risk, self-confidence, even a certain swagger â€” that are invaluable in wartime are the very ones that make them particularly vulnerable in todayâ€™s zero-tolerance Navy,â€ said Mr. Lehman, who led the Navy in the Reagan administration.

My Comments:
As a navalÂ officer who has worked mostly with aviators throughout my career,Â  I seeÂ both sides of this debate.Â  I do believe in the warrior ethos and the necessity of harnessing this spirit; but I also know that many have hid behind such wordsÂ inÂ practicesÂ unbecoming.Â