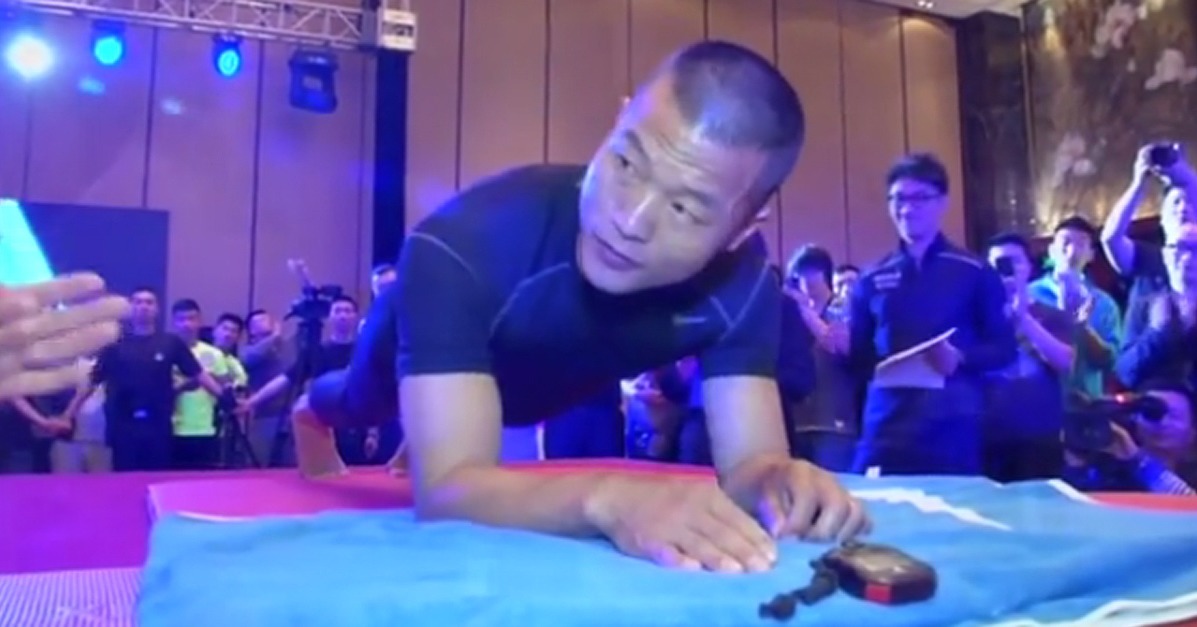 My Comments: Dude’s isn’t even grimacing; he’s got to be on something.  From now on, I can’t start complaining of my arms or abs burning after a minute of planking.